Gimli Yacht Club owes its beginnings to a unique set of circumstances. In 1967 Winnipeg was chosen as the site for the Pan Am Games and the most suitable location for the yachting competition was Gimli. Even before the Games were held, negotiations were initiated by the Manitoba Sailing Association regarding the acquisition of the site. However, the property was turned over to the Town following the Games. After two more years of negotiations between MSA and the Town, Gimli Yacht Club became a reality in July, 1969, when its first organizational meeting was held.

Located only 60 miles from Winnipeg and having a well-developed harbour and other facilities, such as the Recreation Center... 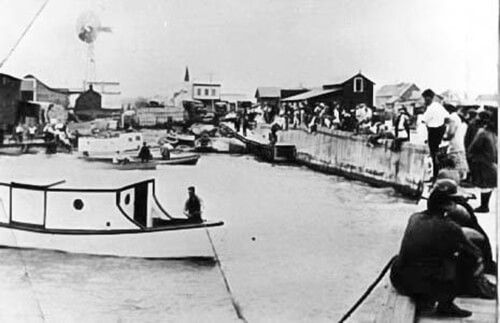 Unlike most yacht clubs, GYC started out well equipped with a building (donated to the Pan Am Games by Camp Shilo), land (leased from the Town) and a wharf and finger docks (build by the Pan Am Games Society), but only a handful of members. Until the airforce base at the airport closed in 1971, the CFB Sailing Club was an important member of this group in its first few years, providing some of the basic necessities, such as furniture, boats and rescue craft.

From the handful of original members, GYC has mushroomed in the decades since the inaugural meeting to a membership now in the hundreds. The Pan Am Games proved the suitability of Gimli and Lake Winnipeg for sailing. Located only 60 miles from Winnipeg and having a well-developed harbour and other facilities, such as the Recreation Center , a trailer park and camp ground, several hotels and motels, and many retail outlets, Gimli provides many advantages for competitive and casual sailors.

When the club was established In 1967

Dinghy sailors were in the majority, with only a few cruising boats. The often rough conditions of the lake demanded a rugged, stable type of boats, and the Albacore met this requirement. The first of the club boats were acquired from the Manitoba Sailing Center and were used for many years for training until they were replaced with the current fleet of Tumbleweeds, a fiberglass version of the popular Mirror dinghy. Currently, a majority of the members own keelboats although there is still a hard core of dinghy sailors. This change in membership has come about since the modifications to the harbour mouth in 1983-84 that prevented swells from entering the harbour during southeast gales. With the reputation as a safe harbour and the installation of the crane in 1984 has come a large and active keelboat fleet.

Since the 1967 Pan Am Games, GYC has been the site of many regattas at the Club, provincial, national and international levels. National regattas have included the Fireball Nationals twice, the Laser Nationals once, the Western Canada Games, the Women's Nationals and YOTS. In 1993 GYC hosted the North American Laser Championship and in 1994, we hosted the World Board Sailing Championships. Bringing the story full circle the Club hosted the Sailing Competition of the Pan American Games for a second time in 1999. The Manitoba Centennial Trophy was presented to the Club by the MSA in 170 for an open regatta to celebrate the 100 th birthday of the Province of Manitoba and the Centennial Regatta has been held at GYC usually in mid-July, although more recently in late June, every year since then. The Commodore's Cup was donated by Dan Snidal in 1970 for Club competition usually on the September long weekend. Many sailors, young and “mature”, learned their skills through the Manitoba Sailing Center , located at Gimli from 1974 to 1977, as well as the many sailing schools sponsored by the MSA and GYC. 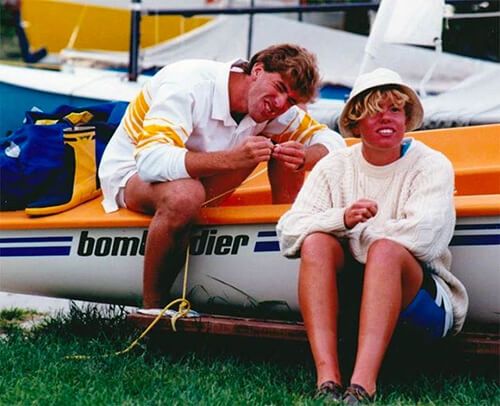 Many people deserve credit for their contribution in the Club's formative years.

They include Dan Snidal, a member of the negotiating committee and first Commodore (1969-1971); Phil Isaac, second Commodore (1972), Ab Alvi, Max Desmarais of the MSA, Dieter Janus, Mel Parsons, secretary for 3 years and the succeeding commodores: